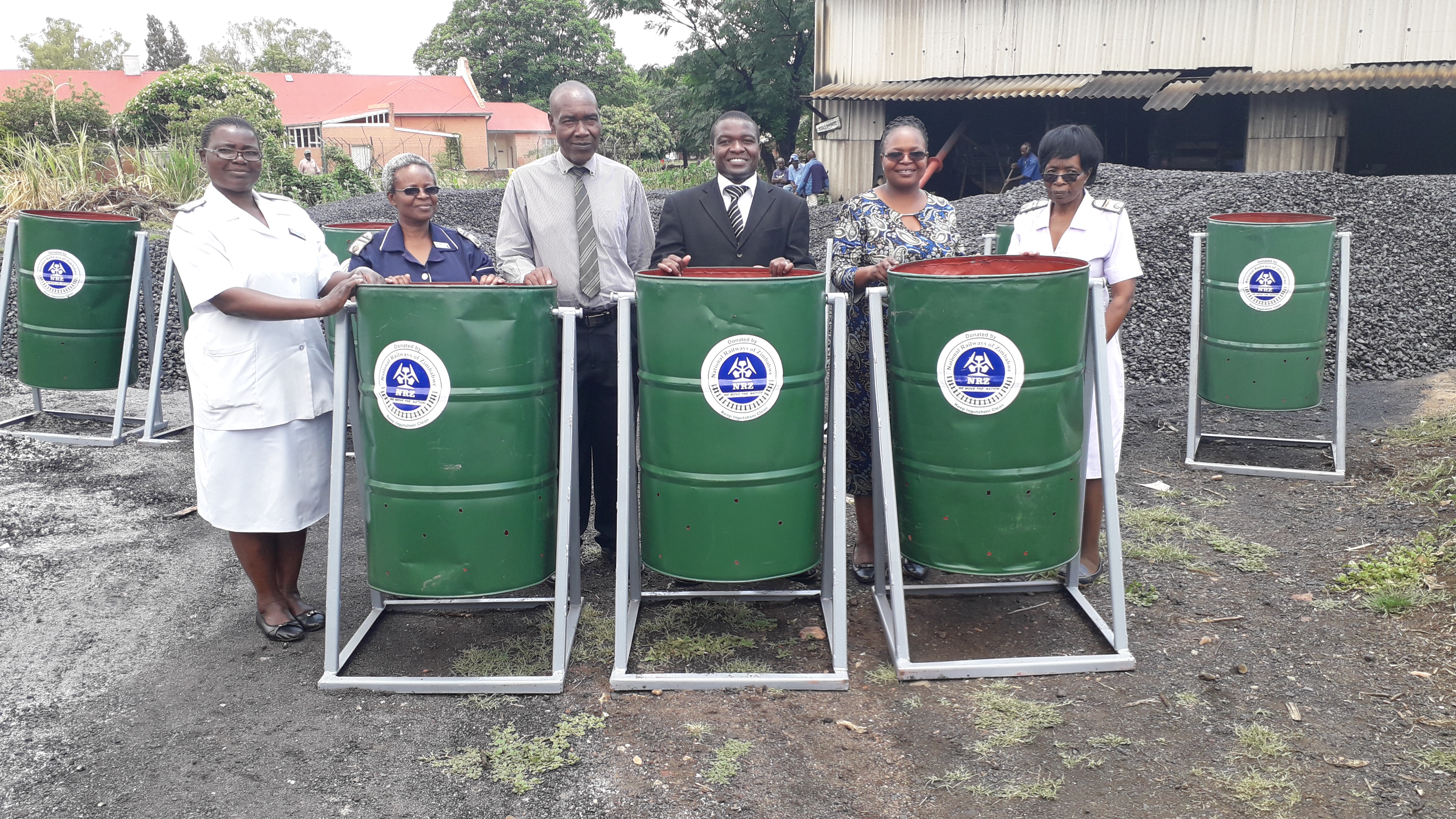 On the 4th of December 2019 the National Railways of Zimbabwe officially handed over a donation of 10 refuse bins to Ingutsheni Central Hospital. This donation came also in the wake of another donation in the form of free transportation service by NRZ for 3 wagon loads of coal from Hwange colliery to Ingutsheni. Each of these wagons has a carrying capacity of between 40 to 56 tonnes of coal. The total amount of coal transported for Ingutsheni came up to 142.2 tonnes. The monetary value of this service donated by NRZ comes up to a total of about ZW$80 512.00.

Speaking at the donation ceremony, Ingutsheni Central Hospital Acting CEO Mr N Chibvongodze expressed the Institution`s gratitude for this kind and timely gesture from NRZ. He further expressed that due to NRZs donation of the freight service Ingutsheni was able to channel the funds that would otherwise have been used for transportation into patient care and provisions at the hospital. As such , coupled with the coal use the donation by NRZ was directly beneficial to the patients.

The Acting CEO spoke of the need for ongoing relationship between Ingutsheni and NRZ which hopefully will lead to other joint initiatives in future.

NRZ Southern Region Manager Mrs Kaguri speaking at the event gave an appreciation of the relationship that has developed bweteen the NRZ and Ingutsheni Central Hospital. She also highlighted that there will likely be future inititative which will come about due to this established relationship between the two institutions.

The Public Relation Manager for NRZ Mr Maravanyika stated that this gesture was part of NRZ`s corporate social responsibility and Ingutsheni had been a specially targeted beneficiary. He pledged to continue the relationship with the hospital going into the future. In addition Mr Maravanyika said as NRZ they would do their best to support Ingutsheni in all ways feasible, as Ingutsheni undertakes its income generating projects.

More pictures from the event below: